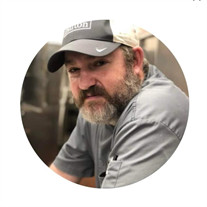 On February 22, 2022, Charles Lightfoot Boyd, born July 25, 1978, shuffled off this mortal coil at 43 years of age. Charles was lost in the prime of his life due to SUDEP, he had an epileptic seizure from which he was unable to recover. Charles was Executive Chef at the time of his passing for Sundial Beach Resort and Spa on beautiful Sanibel Island. Charles was at his happiest in the times living near the ocean and Sanibel was no exception. He immediately took to the island and its inhabitants and the surrounding areas and was the happiest he had been in many years. Charles loved Sundial and his coworkers, and the love was returned in the greatest of fashion by the staff who held a beautiful celebration of life in his honor. No other specific funeral arrangements were made for Charles, as he was a man of many locales and was so loved by all he met. Instead of a funeral in a chapel that is stiff and formal and the antithesis of who Charles was, the family instead encourages all that wish to celebrate him to do so in Charles like fashion. This would involve a lot of beer and food, a little whiskey, a lot of music and fun times talking of memories and camaraderie and so this is our wish for Charles. Celebrate the man you knew in an epic fashion, get together with family and friends and throw back some beer, Charles will be there with you for certain. Since Charles has departed on a new adventure without us here, he leaves behind his wife and best friend, Melissa Boyd and partner Matthew Wampler, daughter Evelyn Boyd, stepson Peyton Norden, brother-in-law Geoffrey Wade, son Jacob Boyd and mother Krysta Tremblay, girlfriend and partner, Antoinette Lodico-Spano, father Neil Boyd, brother Matt Boyd and wife Glacia, nephew Aston Boyd. He was preceded in death by his mother, Elaine Boyd, and his grandparents on both sides. Family is who you make it, and we are all blessed to have a great big family of our making to fall back on. Charles also had a few gifts up his sleeve before departing the earthly realm that it would be remiss to neglect mentioning, He was able to donate organs to assist to save the lives directly of no less than 4 individuals with donation of his liver and kidneys as well as heart valves. He also gave tissues that will assist with the treatment of burn victims, those who require fusion of vertebrae, those with loss of vision and other illnesses. These gifts will contribute to the life and well-being of those so fortunate as to receive a part of Charles. If any reader should like to contribute a gift in memory of Charles, we believe his organizations of choice would be those that focus on research into Epilepsy, The Epilepsy Foundation and SUDEP, Ways to Make a Donation | Epilepsy Foundation or Life Link who helped facilitate the organization of his donation and provided invaluable support to the family at LifeLink Legacy Fund - LifeLink Foundation. Charles focused his gifts of service and caring and sharing within the community as well and he was always ready to give $5 worth of gas to the guy who approached him at the gas station just in case he really did need to get home, or perhaps just needed a beer. He was also never afraid to help a friend, even if they had lofty demands and so that too would be a worthy way to honor him

On February 22, 2022, Charles Lightfoot Boyd, born July 25, 1978, shuffled off this mortal coil at 43 years of age. Charles was lost in the prime of his life due to SUDEP, he had an epileptic seizure from which he was unable to recover. Charles... View Obituary & Service Information

The family of Charles Lightfoot Boyd created this Life Tributes page to make it easy to share your memories.

Send flowers to the Boyd family.