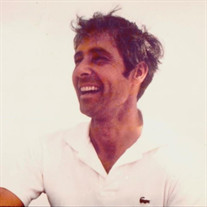 Chuck Gauger passed away at his home in Fort Myers, Florida on January 19, 2022. Born in Blue Hill, Maine to William and Caroline Gauger on June 23, 1939, Chuck lived in several states before graduating from George Stevens Academy in Blue Hill, Maine. In September 1960 he married Ragna (Byard) Gauger while he attended the College of Veterinary Medicine at Michigan State University, from which he graduated in 1963 and remained a Spartan football and basketball fan throughout his life. In 1964, he and Ragna moved with their sons, Todd and Mark, to Norway, Maine where they resided for 40 years. Chuck founded Norway Veterinary Hospital where he served the region as both a large animal and companion animal veterinarian. After retiring in 2001, he and Ragna moved to Fort Myers, Florida for the winters and spent summers at their home in Topsham, Maine. Throughout their marriage they traveled extensively, making it to all seven continents, and enjoyed sailing, tennis, and golf. After Ragna’s death in 2016, he met his domestic partner Beverly Brown and they spent over 3 years boating and traveling together until she passed away in 2020. In retirement he volunteered at the Maine Maritime Museum, was active in Iona Hope Episcopal Church in Fort Myers volunteering weekly in their One More Time Thrift Store, served on the board of Norway Savings Bank, and remained in an advisory role for Maine Paws for Veterans. Chuck is survived by his sister Carole Phillips (husband Jim), brother Bill Gauger (wife Maryanne), sons Todd Gauger (wife Kristen) and Mark Gauger (wife Chris), grandchildren Vanessa Gauger, Megan Gauger, and Derek Gauger (wife Katie), and great-granddaughter Magnolia with whom he was quite smitten. Services will be planned for this summer in Maine. In lieu of flowers, donations may be made in Chuck’s memory to the Maine Maritime Museum by mail at 243 Washington St, Bath, Maine 04530 or online at https://www.mainemaritimemuseum.org/donate/ or to Maine Paws for Veterans (formerly Embrace A Vet) by mail at PO Box 516, Topsham, Maine 04086 or online at https://www.mainepawsforveterans.org/ .

Chuck Gauger passed away at his home in Fort Myers, Florida on January 19, 2022. Born in Blue Hill, Maine to William and Caroline Gauger on June 23, 1939, Chuck lived in several states before graduating from George Stevens Academy in Blue Hill,... View Obituary & Service Information

The family of Charles Frederick Gauger created this Life Tributes page to make it easy to share your memories.

Chuck Gauger passed away at his home in Fort Myers, Florida on...

Send flowers to the Gauger family.