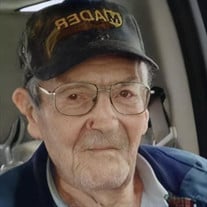 Clarence Padgett, 86, of North Fort Myers, passed away Saturday, January 22, 2022 following an extended illness. He was born December 29, 1935 in Hillsborough County, FL to Isaac and Maggie Padgett. He was a lifelong Lee County resident. He... View Obituary & Service Information

The family of Clarence Padgett created this Life Tributes page to make it easy to share your memories.

Send flowers to the Padgett family.