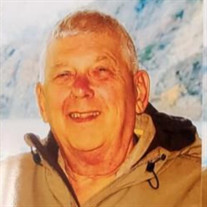 Major Gary L. Bagshaw, U.S. Army, Ret Major Gary Lawrence Bagshaw, U.S. Army, Ret. passed away on July 24, 2021 at the age of 79 in Cape Coral, FL. Gary was born on September 22, 1941 in Pittsburgh, PA to the late Elizabeth Schuster Bagshaw and Lawrence Billingsley Bagshaw. He was preceded in death by his beloved son, Robert Lawrence Bagshaw and is survived by his loving wife, Vickie Depp Bagshaw of Cape Coral, FL; his sister, Gail Allen of Oakmont, PA; his niece, Kimberly Wakefield of Albuquerque, NM and many other relatives and friends. Gary graduated from Baldwin High School in Pittsburgh, PA in 1959, enlisted in the Army in 1961, commissioned as a Corps of Engineer Second Lieutenant, United States Army in 1967, and graduated from the University of Missouri at Rolla in 1976 with a BS in Engineering Management. Gary was a proud U.S. Army Vietnam veteran with 20 years of service. He retired from active duty in 1980 and continued to serve his country by working for the U.S. Air Force as a civilian engineer and retired in 2000 at Langley Air Force Base, VA. Gary's active federal service to the Army and the Nation totaled over 37 years. Services will be held at the Jefferson Memorial Funeral Home in Pittsburgh, PA at 10AM on August 14, 2021. In lieu of flowers, memorial donations to any charity of your choice in Gary's name would be appreciated.

The family of Gary Lawrence Bagshaw created this Life Tributes page to make it easy to share your memories.