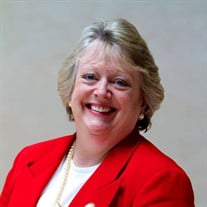 Holly Unland Dunn, 67, a resident of Sanibel, FL since 2016, formerly of Connecticut passed away Saturday, March 20, 2021 under the care of Hope Hospice. She was born September 24, 1953 in Alhambra, CA to the late Dick and Lucille Unland. Holly gave her professional life to IBM. From her first job out of business school, Holly dedicated 39 years working for the company, and rose to Vice President. IBM allowed Holly to indulge in her great passion for travel. She was truly a world traveler, having visited forty-seven countries, from Argentina to Zimbabwe. Over her travels she developed an affinity for other cultures, a reflection of her tremendous capacity for empathy and curiosity. Holly also had a tremendous love of cooking and food. Whether cooking in or dining out, Holly loved sharing a good meal with friends and family. As an avid home chef, she attended several cooking programs, fostering her creativity. Her enthusiasm for cooking was infectious and lives on today in her children. Family and friends were hugely important to Holly. She was a tending soul caring for her family, friends, pets, and plants with love and steadfast attention. Whether she was enjoying board game nights, or gathering together to watch a movie, or even exploring the restaurant scene, Holly was often found surrounded by loving friends and family. Holly was also active in charitable causes. She dedicated much of her time to the Ridgefield ABC House, as well as various local animal shelters including the Ridgefield Operation for Animal Rescue. Holly had a number of self-reflective interests as well. She was an insatiable reader, an avid gardener, and beachcomber, taking early morning walks on the beach searching out shells. She enjoyed crafting flowers and figures out of her collected shells, and also became very interested in pottery. Despite being a cultured world traveler, she also enjoyed a good bathroom joke and her guilty television pleasures of Friends and NCIS. She was simply an inspiration. Holly’s fighting spirit, generosity, and love continues to inspire those who keep her memory. She is survived by her loving husband of 37 years, Bill Dunn of Sanibel, FL; four children, Ryan Dunn (Catherine Gray) of Richmond, VA, Connor Dunn (Valerie) of Chicago, IL, Erin K. Vega (Elliot) of Watsonville, CA, Colin Skye (Alice) of Santa Cruz, CA; four grandchildren, Sabrina, Shane, Ella and Jack; one brother, Mike Unland (Mary Ann) of Mendocino, CA; as well as many extended family members and friends. The family will gather at one of Holly’s favorite beaches to have an intimate celebration of life ceremony and flower release. Arrangements have been entrusted to Fort Myers Memorial Gardens Funeral Home, 1589 Colonial Blvd., Fort Myers, FL 33907.

Holly Unland Dunn, 67, a resident of Sanibel, FL since 2016, formerly of Connecticut passed away Saturday, March 20, 2021 under the care of Hope Hospice. She was born September 24, 1953 in Alhambra, CA to the late Dick and Lucille Unland. Holly... View Obituary & Service Information

The family of Holly Unland Dunn created this Life Tributes page to make it easy to share your memories.

Send flowers to the Dunn family.