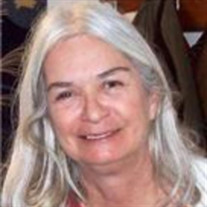 Marsha Ann Barilar, 70, of Anita, passed away alongside family members in Fort Myers, Florida, at Gulf Coast Hospital on Sunday, Feb. 20, 2022. Marsha was born in Scranton to Walter and Dorothy Sewock on May 24, 1951, and she married Frederick Barilar on Aug. 11, 1973, also in Scranton. She graduated from Central York High School in 1969 and subsequently graduated with a bachelor's degree in education from the Indiana University of Pennsylvania in 1973. Upon completion of university, Marsha briefly taught with Redbank Valley School District before ultimately holding various teaching positions within the DuBois Area School District for 36 years prior to retiring in 2009. Marsha was a wonderful wife and mother who was always willing to lend support to those in need. She enjoyed cooking for family and friends, tending to her garden, reading mystery novels, doing crossword puzzles and immersing herself in nature. She especially relished spending winters out of the frigid Pennsylvania weather with her mother in Ft. Myers, Florida. Her favorite recreational hobby in retirement was to visit casinos with her husband in pursuit of an elusive hand-paid jackpot in Niagara Falls, Scranton, and other gaming locations. She is survived by her mother, Dorothy Sewock; her husband, Fred Barilar; her eldest son and daughter-in-law, Ryan and Mari Barilar of Novi, Michigan; her youngest son, Kyle Barilar of San Diego, California; her sister and brother-in-law, Janet and Gary Jones; her nephew, Keith Kotara; her mother-in-law, Mary Ann Barilar; her aunts, Barb Mayhew and Margie Bergamino; her uncle, George Malinics; two grandchildren, Erika and Emily Barilar; and a countless number of cousins. She was proceeded in death by her father, Walter Sewock, and her father-in-law, Edward Barilar. A memorial service will be held in the summer at the Park Funeral Home, with future interment to occur at the Adrian-Anita Cemetery. Friends and family will be received after. Notice of the event will be posted when arrangements have been finalized. Local arrangements are under the direction of Fort Myers Memorial Gardens Funeral Home

Marsha Ann Barilar, 70, of Anita, passed away alongside family members in Fort Myers, Florida, at Gulf Coast Hospital on Sunday, Feb. 20, 2022. Marsha was born in Scranton to Walter and Dorothy Sewock on May 24, 1951, and she married Frederick... View Obituary & Service Information

The family of Marsha A. Barilar created this Life Tributes page to make it easy to share your memories.

Marsha Ann Barilar, 70, of Anita, passed away alongside family...

Send flowers to the Barilar family.