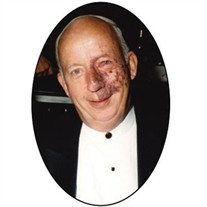 Paul J. Schnoes of Ft. Myers, Florida, peacefully passed into the outstretched hands of God on April 13, 2022, at the age of 87. Paul was born in 1934 in Mt. Lebanon, Pennsylvania to the late Sebastian and Henrietta (Shertler) Schnoes. A graduate of the General Motors Institute in Flint, Michigan with an Industrial Engineering Degree, Paul married Barbara Hesch in Sacred Heart Church in Mount Pleasant, Michigan on November 24, 1956. Paul and “Babs” celebrated their 65th wedding anniversary this past November. Paul is survived by his loving wife Babs, his sons Paul (Mindy) Schnoes of Hillsborough, NC, Jim Schnoes of Little Rock, AR, Mark (Kim) Schnoes of Peachtree City, GA, and daughter Diane (Jeff) Hobbs of Liberty Lake, WA, and five grandchildren. Paul is pre-deceased by his daughter Karen (Mark) Kranz, his brother Robert Schnoes and his sister, Sister Mary Karen Schnoes (Sisters of Saint Francis of the Providence of God). Paul was the Plant Manager of the Corvette Plant in Bowling Green, Kentucky when he retired from General Motors in 1993, after completing 41 years of service. He spent his entire career with the various vehicle assembly divisions of General Motors, and served in manufacturing and quality control assignments in ten different manufacturing plant locations across the United States. Paul was the Plant Manager of the Corvette Plant for eight and one half years prior to retiring. Remaining in Bowling Green for the next 14 years, Paul continued to be active in the local community by serving in the Bowling Green Rotary Club, serving as President of the Depot Development Authority to restore the L&N train depot, the Executive Committee and Board of Directors of the Kentucky Chamber of Commerce, Chairman of the Bowling Green/Warren County Airport Board, and was instrumental in the development, and served as the Vice Chairman of the Board of Directors of the National Corvette Museum. In recognition of his outstanding service to the community, the Governor of the Commonwealth of Kentucky officially commissioned Paul the title of “Kentucky Colonel,” the highest of all state titles of honor. In 2007, Paul and Babs moved to Shell Point, Ft. Myers, Florida to enjoy their golden years. Always the HO scale model railroad enthusiast, Paul was active in the Shell Point Gulf Coast Railroad Club. Paul also enjoyed golfing, sailing model sail boats and working in the wood shop creating several pieces of fine furniture. A funeral mass with interment of ashes will be held at 11:00 a.m. on Friday, April 22 at St. Columbkille Catholic Church, 12171 Iona Rd, Ft. Myers, Florida. A reception will immediately follow. In lieu of flowers, the family asks you to share your memories and stories of Paul in the guestbook located at www.fortmyersmemorial.com/obituaries/paul-schnoes/

Paul J. Schnoes of Ft. Myers, Florida, peacefully passed into the outstretched hands of God on April 13, 2022, at the age of 87. Paul was born in 1934 in Mt. Lebanon, Pennsylvania to the late Sebastian and Henrietta (Shertler) Schnoes. A graduate... View Obituary & Service Information

The family of Paul Joseph Schnoes created this Life Tributes page to make it easy to share your memories.