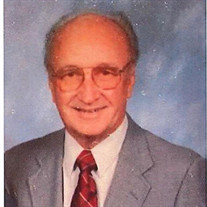 Robert (Bob) Lester Allen, 88, of Fort Myers, peacefully passed away on March 11, 2022, while receiving care at Gulf Coast hospital. Bob was born February 27, 1934 in Canton, Ohio to the late Roscoe and Ruby (Groves) Allen. The most natural thing in the world for Bob was construction. At 15 years old, he started out cleaning up construction sites during the summer and on weekends. After graduating from Canton South High School in 1952, he continued to work as a carpenter apprentice. Bob spent most of his career as a project superintendent for Wallace-Wilkes in Southwest Florida. He married the love of his life, Patricia (Skolmutch), in 1995, and they spent their entire married life in Florida. Bob enjoyed baseball, basketball, coin collecting, and loved music, and was especially passionate about gospel music. He was in the high school band, was Music Director at First Baptist Church of Tice, and sang in various church choirs, including McGregor Baptist Church in Fort Myers, where he and Patti were long-time members. Bob leaves his loving memory with his survivors, wife Patricia of Fort Myers, Florida, stepdaughter Gina Nelson of Naples, Florida, stepson Joseph Medal of Canton, Ohio, daughter Connie (Allen/Messmer) Bell of Fort Myers, and several cousins, grandchildren, and great grandchildren. Services will be held at McGregor Baptist Church (Hope Building), 3750 Colonial Blvd, Fort Myers, on Sunday, March 27 at 3:00 pm.

The family of Robert "Bob" Lester Allen created this Life Tributes page to make it easy to share your memories.

Send flowers to the Allen family.