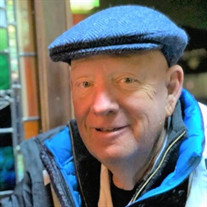 Robert Podmore was born on August 12, 1952, in New York City. He is the eldest child of ten children born to Robert Lawrence and Jeanne Claire Podmore. The Podmore clan consists of seven brothers and three sisters. He is survived by his wife, Stephanie Podmore; daughters Amanda, Margaret and Karen; stepdaughters Carrie and Katy; and 9 grandchildren, Dylan, Kaylee, Tianna, Gianna, Deano, Bobby, Blye, Ayden and Fallon. His siblings include Edgar, Frank, William, Peggy, Timothy (deceased), Jeanne, Mary (deceased), Joseph and Alfred. For the past 26 years, Bobby had been a resident of Rockaway Park, New York, a seaside neighborhood, a neighborhood he loved and where he was surrounded and loved by his many neighbors and friends. Early in life, young Robert, an avid New York Yankee’s fan, adopted the nickname "Bobby” after a Yankee second baseman, Bobby Richardson. During an interview, Richardson said he always preferred Bobby to Robert to always keep him feeling youthful and energetic. Everyone knew him as “Bobby Podmore” and this suited him fine. Bobby started his career in the New York City Housing Authority in 1979 as a Maintenance Worker and he worked his way up to Deputy General Manager of Operations in June 2002. He retired from this position in 2009. Bobby had long said that he considered it a privilege to serve the Authority. “What we do here at the Authority, each and every day, directly impacts the quality of life of many New York residents, 24/7, 365. It is a tremendous responsibility and enables us to look in the mirror every day and be proud of who we are and what we do, personally and collectively.” Through the years what has been most important to Bobby has been the love and the support of his family. Bobby always felt he had been blessed by the love of his family, the camaraderie of friends and colleagues at NYC Housing Authority, and the experiences and knowledge he gained throughout his years of service to the Authority. All this gave him an expanded and enlightened outlook and had not only enriched him as a person but also provided him with a more appreciative perspective of life itself. He was also honored as 1999 Irishman of the Year by the Emerald Society of Housing Employees. Inc. In lieu, we would appreciate any contributions in the name of Bobby Podmore to be donated to Cancer Research or the Heart Association.

Robert Podmore was born on August 12, 1952, in New York City. He is the eldest child of ten children born to Robert Lawrence and Jeanne Claire Podmore. The Podmore clan consists of seven brothers and three sisters. He is survived by his wife,... View Obituary & Service Information

The family of Robert C. Podmore created this Life Tributes page to make it easy to share your memories.

Send flowers to the Podmore family.