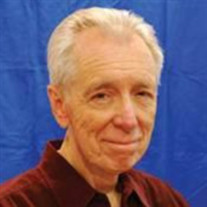 William &#8220;Bill&#8221; Clifford Brown also known as Icky, age 85, passed away on December 23, 2020 at the home of his devoted daughter and son-in-law Angela and Clarke Howard in Cape Coral, Florida. Bill was survived by his loving wife Shirley... View Obituary & Service Information

The family of William Clifford Brown created this Life Tributes page to make it easy to share your memories.

Send flowers to the Brown family.