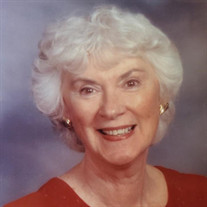 Phyllis Stahl, loving mother and grandmother, died peacefully on February 10, 2021 in Fort Myers, Florida after a brief battle with lung cancer, having previously defeated breast cancer twice in decades past. She was 86. Born on August 22, 1934 in Long Beach, NY to Frank and Mae (Stromwasser) Karp, Phyllis grew up in Bensonhurst, Brooklyn, where she and her bobby-soxer friends from Lafayette H.S. formed the satin-jacketed Sirods club. Their mission was to teach the boys to jitterbug. By all accounts, they were a swinging success. She attended Brooklyn College, where she studied psychology, and landed a job as a proofreader for RCA Records. Soon thereafter, while working as a counselor for a summer camp, she met Gil Stahl of Bedford-Stuyvesant, Brooklyn, who would become her husband of 44 years. They married on Thanksgiving Day in 1955 and settled in Sheepshead Bay, Brooklyn, where the first two of their sons, Jon and Andrew, were born. They moved to Roosevelt, NY in 1962, where their third son, Robert, was born, then moved to Bellmore, NY in 1967. Life changed for Phyllis and her family when Gil, who had forged a successful career in the paper industry, contracted a debilitating case of Guillain-Barré syndrome in the 1970s. Phyllis was a compassionate and patient care-giver and she also assumed the responsibility of seeking full-time employment. She secured a position as a telemarketer for the Doubleday Book Club and soon parlayed that into a promotion. She worked for many years as a Systems Analyst for the book club and then moved into the Merchandising division. Phyllis maintained her employment for many years even as Gil’s health slowly restored. With the return of Gil’s vitality, Phyllis and he developed a newfound passion for the theater. They had always been fans, attending as many Broadway shows as time would allow, but now the footlights beckoned them and they threw themselves into the world of community theater, becoming the Lunt and Fontanne of Long Island. The acting bug bit Phyllis particularly deeply, and she pursued a new career as an actress in local and regional TV commercials and corporate film productions. Yes, that was her in the spot for that neck pillow in the early 1990s. In 1994, Phyl and Gil packed up their kit bags and moved to Fort Myers, Florida, where their lanai abutted the third tee at Seven Lakes. They became integral parts of the community, playing golf, bowling, and otherwise enjoying life on the Gulf Coast. Additionally, as the capstone of her career as a thespian, Phyllis became a company actor at Broadway Palm Dinner Theatre in Fort Myers. In 2000, Gil passed away at 72 after a lengthy battle with cancer. Since then, Phyllis remained active and vital as a competitive bowler, a volunteer at the public library and the Board of Elections, a fierce bingo player and gin rummy strategist, and a bubbly member of the Red Hat Society. Above all else, Phyllis loved her family. She is survived by her sons Jon, Andrew and Robert; her daughters-in-law Betsy and Mindy; her grandchildren Max, Liam, Natalie, Sam and Molly; and her sister-in-law Iris. A graveside funeral service for Phyllis will be officiated by Rabbi Bruce Diamond at 1:00 PM EST on Friday, February 12, 2021 in the Gan Shalom section at Fort Myers Memorial Gardens Cemetery, 1589 Colonial Boulevard, Fort Myers, Florida 33907, (239) 936-0555. Burial will immediately follow and, due to the Covid-19 pandemic, visitors to the cemetery are requested to follow appropriate social distancing guidelines, including personal temperature screening and wearing a mask. For those who were unable to attend the funeral for Phyllis personally, the family invites you to view a recording of the ceremony by clicking the following link (recording will be available for 30 days following the service and this link will expire on March 14, 2021):- https://viewneral.zoom.us/rec/play/W01geAURdTLEGgup5Ff8QokEIASvUmTj7nB4jxu8RcsMPpaJMIiS32upW6w_K2fMdNlUr-MZ-huWBFc.sST4RZ6OxYPiAt_L In lieu of flowers, the family would appreciate contributions to the Susan G. Komen Foundation for breast cancer research (https://www.komen.org/). To share a story or photo, leave a tribute, or to offer condolences to the family at this difficult time, please visit the memorial webpage for Phyllis at https://www.fortmyersmemorial.com/obituaries/Phyllis-Stahl-2/#!/Obituary and sign her guestbook.

Phyllis Stahl, loving mother and grandmother, died peacefully on February 10, 2021 in Fort Myers, Florida after a brief battle with lung cancer, having previously defeated breast cancer twice in decades past. She was 86. Born on August 22,... View Obituary & Service Information

The family of Phyllis Stahl created this Life Tributes page to make it easy to share your memories.