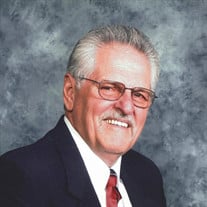 Donald Leroy Davies, 81, a resident of North Fort Myers passed away October 31, 2021 in Fort Myers, FL. Donald was born on January 18, 1940 in Catasauqua, PA to the late Leory and Margaret Davies. Don was a graduate of William Allen High School in 1957 then enlisted in the United States Air Force in 1959 and served until he was honorably discharged in 1963. Don met Doris in 1966 and they were later married on November 25, 1967. They would be celebrating their 54th anniversary later this month. Over the years Don worked for Western Union as an electronic technician for 23 years, Wertz Café and then later started a cleaning business along with Doris in Allentown, PA. Don and Doris relocated to North Fort Myers, FL in 2001. They both loved Florida and started a cleaning business here until Don was diagnosed in 2011 with Alzheimer’s disease. Don loved sports of all kinds, in his later years he was particularly fond of tennis, racquetball, baseball, softball, bowling, biking and jogging. He had a love for gardening and the outdoors, specifically walking and hiking back in Pennsylvania. But one of his true passions along with his wife, Doris was dancing. Don won many awards in sports and dancing contests. Those who have seen Don and Doris on the dance floor were amazed with their moves. Everyone enjoyed watching them, they were by far the best on the dance floor. He loved living at Horizon Village and all the people and activities. His smile, humor and sense of life followed him everywhere. He was friends with everyone. Donny’s life was a treasure to all of his friends and family and he will truly be missed by everyone. He was preceded in death by his sister, Shirley and his grandson, Jordan. He is survived by his wife of 54 years, Doris Davies; five children, Donald Davies, Ronald Davies, Kelly Davies, Sandra Ernst and Robin Hyndman; four sisters, Peggy, Nancy, Carol and Diane; five great grandchildren, Danielle, Shawna, Briana, Zach and Jessie; four great grandchildren; as well as many extended family members and friends. A Memorial Service will be celebrated 2:00 PM, Saturday, November 6, 2021 at the Horizon Village Clubhouse, 9200 Littleton Road, North Fort Myers, FL. Funeral arrangements have been entrusted to Fort Myers Memorial Gardens Funeral Home, 1589 Colonial Blvd., Fort Myers, FL.

The family of Donald Leroy "Donny" Davies created this Life Tributes page to make it easy to share your memories.