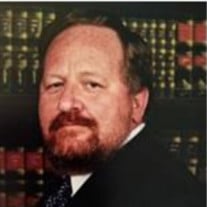 Steve was born in Oklahoma to his parents Fredrick & Eileen Bringman on September 20, 1955. He grew up with his younger brother Fredrick and sister Karen in Sandtown, Delaware. He received his GED and served four years in the Airforce as a mechanic. After his time in service, he traveled around the country on his motorcycle adventuring off to California. After this time of self-exploration, big hair and bike chains, he returned to his family in Delaware. This is when he started forming his relationship with God. While trying to figure out his place in this world, he met this oh so precious little girl, named Zabrina. He adored her so much. Luckily for him she had a mom that he ended up falling in love with. He married his first wife Lois Bringman and adopted her two children Zabrina and Charles as his own. They moved to Florida where they welcomed their Daughter Destiny. They raised their family near Lake Okeechobee and enjoyed fishing and boating, as well as Sunday Praise and worship. They later separated and Steve moved to Fort Myers, where he began his career in construction as a painter. He was a hard worker and took pride in his career. Steve was a romantic kind of guy. One who wrote love letters and cooked fancy dinners. This is when he met Kathyrn and within just a few short weeks they were married on August 7, 1998. After a long successful employment at Fenton Davis his career ended in 2010 during the construction recession. He began a new career at Brookdale Senior Living as the nighttime security officer. He served the community for many years until 2020, when he suffered complications of Diabetes and had to take a medical leave. Steve was a simple family man, who loved to fish, play billiards, and found peace and comfort in listening to music. He truly cherished his family and faith. He was a Beloved Husband, Proud Father, and Cherished Grandfather. He was a man with no worries. His heart was pure and strong. He passed with his loving wife Kathyrn Bringman by his side at Lee Memorial Cape Coral Hospital on Monday, April 5, 2021. There is a blessing in this sadness. The blessing of knowing he is not in pain anymore and that he is dancing at heavens gates, watching over all of us! He is Survived by his loving family Kathryn Bringman (wife), Lois Bringman (1st wife), Charles Reedy (son), Zabrina Santiago (daughter), and Destiny Bringman (daughter), Charles Reedy (grandson), Terance Pope (grandson), Olivia Santiago (granddaughter), Dakota Harding (granddaughter), Amelia Harding (granddaughter), Eileen Bringman (mother), Fredrick Bringman (brother), Karen Mayfield (sister), Elizabeth Mayfield (niece) and Amber Mayfield (niece). A Memorial Service will be held for Steven Bringman at 12 Noon on Monday, April 12, 2021 at: Apostolic Praise Tabernacle, 11871 Plantation Road, Ft. Myers, Florida 33966, (239)278-7966. Guests will be welcome to join Family for viewing 1 hour prior to ceremony beginning at 11AM, also inside the Sanctuary. Burial will take place during a private ceremony at an undisclosed time and date inside the Field of Honor Section of Ft. Myers Memorial Gardens Cemetery, 1589 Colonial Boulevard, Ft. Myers, Florida 33907, (239) 936-0555 at his final resting place. To Share a story or photo, Leave a tribute or Offer condolences to the family at this difficult time, Please visit Steve’s memorial webpage at www.fortmyersmemorial.com and sign his guest book.

Steve was born in Oklahoma to his parents Fredrick & Eileen Bringman on September 20, 1955. He grew up with his younger brother Fredrick and sister Karen in Sandtown, Delaware. He received his GED and served four years in the Airforce as a mechanic.... View Obituary & Service Information

The family of Steven George Bringman created this Life Tributes page to make it easy to share your memories.

Steve was born in Oklahoma to his parents Fredrick &amp; Eileen Bringman...

Send flowers to the Bringman family.